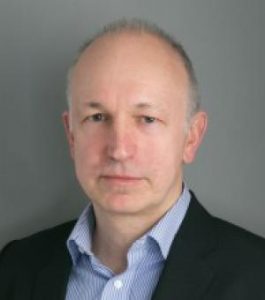 The panel for this event consists of internationally acclaimed Sir Paul Collier, Professor of Economics and Public Policy at the Blavatnik School of Government, and Professor Christopher Adam, Professor of Development Economics at Oxford University.

Sir Paul Collier is a British development economist who serves as the Professor of Economics and Public Policy in the Blavatnik School of Government and the director of the International Growth Centre.

Professor Christopher Adam is Professor of Development Economics at Oxford University, specialised in the macroeconomics of many countries in Africa, with a particular focus on monetary economics, public finance, growth and structural change.

He is Lead Academic for the International Growth Centre (IGC) programme in Tanzania, as well as a Visiting Scholar at the International Monetary Fund (IMF) as member of the DFID-IMF research program on the macroeconomics of low-income countries. From 2003-05 he served as external Macroeconomic Adviser to the Policy Division at the Department for International Development (DFID) and represented DFID as Vice Chair of the African Economic Research Consortium from 2006 to 2016. In 2011-12 he served as Special Advisor to the House of Lords Economic Affairs Committee Inquiry into Aid Effectiveness.

He helped establish the global e-commerce business at Standard Chartered before moving to Saxo Bank where he fulfilled numerous roles including CEO of Saxo Bank UK and then Chairman of Saxo Bank Capital Markets UK. He was CEO of Knight Capital Europe and subsequently KCG Europe before becoming Group CEO of Crown Agents Bank and its sister Asset Management Business.

Roberts Grava CFA is CEO Designate of Crown Agents Investment Management. He brings over 25 years of global institutional asset management experience to the firm, having focused mainly on sovereign investment institutions and official sector investment issues. He has held several senior roles in public and private sector institutions, including Head of Official Institutions, Institutional Solutions and Advisory and Managing Director, Fixed Income at J.P. Morgan Asset Management, Head of Quantitative Strategies, Risk and Analytics and Engagement Manager, Reserves Advisory and Management Program (RAMP) at the World Bank. Previously, he had spent 11 years as Chief Investment Officer, Head of Reserves Management and Market Operations and Member of the Executive Board at Latvijas Banka, the central bank of Latvia.

Ritesh Anand has been Deputy CEO of Crown Agents Investment Management since 2017. Ritesh brings a wealth of experience from his many years as an investment manager. Indeed, he held various investment management roles at the world’s leading endowment, The Wellcome Trust, with a particular focus in Africa throughout his time at the institution.  Then, in 2009, he founded Invictus Capital, an integrated financial services company providing investment management, advisory and securities trading services in Zimbabwe, where he served as Managing Director for almost seven years.

Ritesh has also sat on a number of boards including AfriAsia Bank Zimbabwe, as well as Zimbabwe Asset Management Company (ZAMCO), a wholly owned subsidiary of the Reserve Bank of Zimbabwe

Crown Agents Investment Management (CAIM) is a UK regulated, institutional, fixed income and multi-asset investment manager. CAIM provides specialist knowledge, innovative solutions and technical assistance to central banks, pension funds and government entities around the world, with special focus on Africa and the Caribbean. Its long commitment to excellence has attracted an extensive network of global partners over the years, allowing it to develop its expertise and extend its offering across a range of geographies.